What Is The Difference Between Speech and Language? 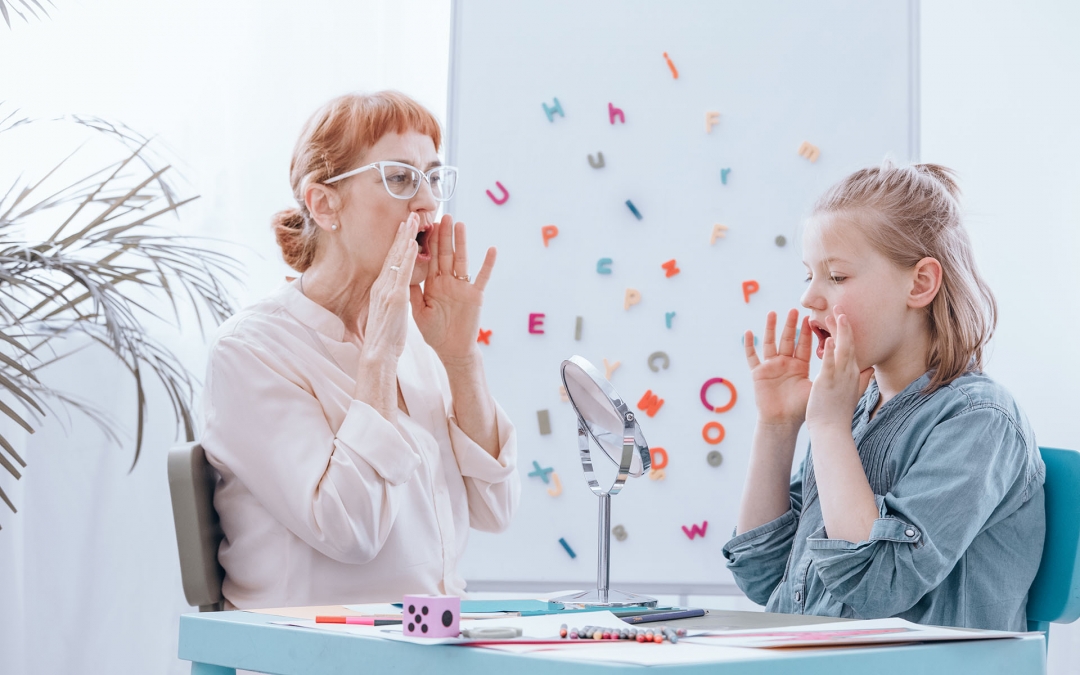 There are major differences in the areas of speech and language. However, both areas are equally important.  Speech is how we produce words and sounds. Language refers to how we use these words in order to communicate our wants and needs.

There are three different areas to consider when talking about speech: articulation, voice, and fluency.

Fluency is the rhythm of speech. It refers to how continuous, smooth, and how fast or slow a person speaks.  When someone has difficulty with fluency, there are interruptions in the normal flow of speech. This is often noted by disfluencies (repeating sounds or words, blocks), tension, and atypical rate or rhythm of speech. There are two common types of fluency disorders: stuttering and cluttering. Stuttering is typically characterized by disfluencies such as: repetitions of sounds/words (m-m-m-mom), prolongations of sounds (Sssssssssstay home), or blocks (inability to get sound out). Disfluencies impact the rate and rhythm of speech and can be accompanied by avoidance behaviors (avoiding words, people or situations), escape behaviors (frequent eye blinking, body movements), and physical tension. Often, stuttering begins in early childhood (before 4) and can be sudden or progressive. Stuttering can co occur with other disorders as well. Cluttering is another type of fluency disorder. Cluttering is typically characterized by rapid, irregular speech, excessive disfluencies, omission of syllables, and a breakdown in clarity of speech. Often, individuals are not aware of breakdowns in communication and this can impact social interactions. Typically, children are diagnosed in late childhood or early adulthood. Cluttering can also occur with other diagnoses.

Niagara Therapy, LLC specializes in speech therapy for both kids and adults in Erie, PA. Our speech therapists offer advanced interventions for assembling thoughts and organizing speech. If you or your child is struggling with speech or language development, contact one of  our speech therapists to schedule a consultation.