Does My Child Have a Speech Sound Disorder? 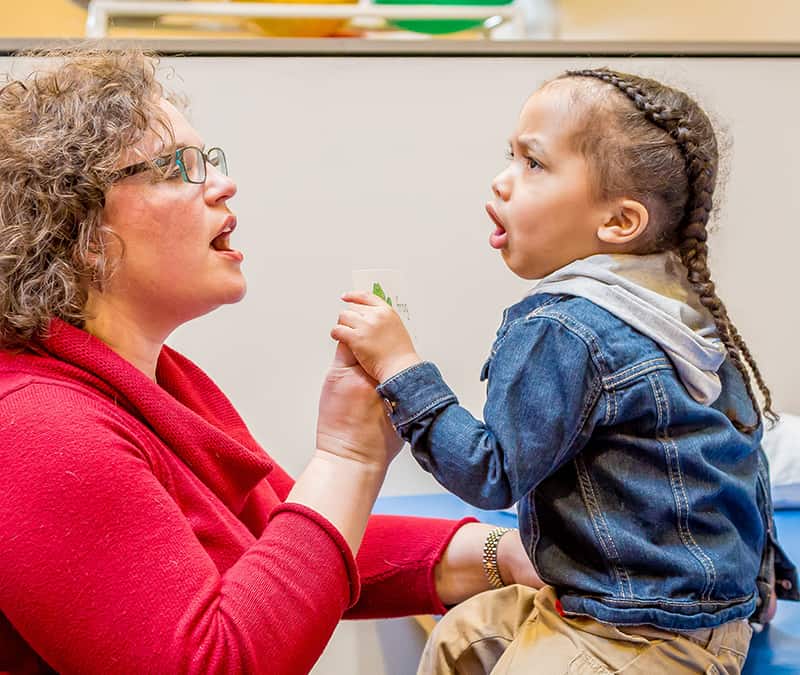 All children are unique, and develop speech and language skills at their own pace. No two children will ever be alike. When children are learning new sounds and words, there will often be errors in the way that they produce these sounds.

This is expected, and often children will correct these speech sound differences on their own. However, sometimes these errors can continue, and may be a sign that the child has a speech sound disorder.

What Is a Speech Sound Disorder?

A speech sound disorder can occur when a child substitutes one sound for another, leaves sounds out, adds sounds, or changes a sound. This can make it more difficult for the child to be understood by others and can lead to increased frustration for the child.

For example, a child might say a “W” sound instead of an “R” and say “WUN” for “RUN”. Or may leave out sounds  like “AT” for “BAT.” Some of these errors are normal when children are young, but these errors may indicate a speech sound disorder if they remain consistent as the child gets older.

Potential Causes of Speech Sound Disorders in Toddlers and Children

During development, most toddlers learn how to say sounds over time. Sometimes, however, as they get older, children do not. All children develop at a different pace, and there are no set expectations for how each individual child will develop. There are a variety of different reasons why a child may not say certain sounds. The child may have childhood apraxia of speech (CAS). This happens when the connection between the brain and the muscles involved in speech have difficulty communicating with each other. This is not uncommon, but children with childhood apraxia of speech will present with many different speech sounds errors that typically differ each time a word is said. Usually children with CAS have limited intelligibility. Another reason children may have speech sound errors is dysarthria. This means that the muscles involved in making speech sounds are weakened, therefore causing the child to have difficulty with forming different sounds in words. Other things that can cause speech sounds disorders include autism, cerebral palsy, hearing loss, down syndrome, and many other developmental and genetic disorders.

Children do not need any of these diagnoses in order to have a speech sound disorder. Some children just have a speech delay with no known cause. When parents notice that their child is having difficulty saying sounds then it might be best to take the child to a speech-language pathologist for further assessment.

Children typically start developing speech sounds from the time that they are born. Anytime, before six months of age, infants will start making cooing sounds such as “oo” and “ah”. Up to one year old, they will start babbling and reduplicating syllables like “mama” and “dada”.

Around one year old, toddlers typically say their first true word. Between ages 1-3, children will expand their vocabulary and start to say words that contain /h/, /p/, /n/, /b/, /m/, /w/. These are the earliest developing speech sounds. Between ages 3-4 years old children will start to say words containing /k/, /g/, /t/, /y/, /d/, /ng/. Children are still often difficult to understand to unfamiliar listeners at this age.